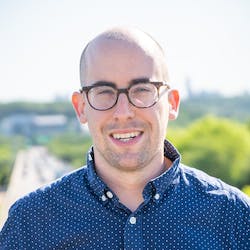 I'm taking a stand-up comedy class this fall, and our teacher is a working comedian. He's probably not someone you're familiar with, but he's making a living full-time as a comic. His story has made me think about the nature of pursuing art (and similar ventures) as a career, and the fact that there are varying levels to being a "professional" version of something.

I think there’s something to be said for doing what you love and making a living at it, even if you aren't attaining the highest degrees of what we typically consider to be success. Here are a few examples I've been reflecting on:

All to say, I think there are a lot of ways to work in fields where the highest rewards (i.e. becoming Brad Pitt) are prone to randomness.

If the love of the game is driving you (and not traditional notions of achievement), then there's a way to make it happen.